Last night after work I had some business to attend to at NikeTown in Oxford Circus. On August 31st 1,000,000 people from around the world and I will run the Nike Human Race. This is a 10K that will be run in 25 cities from all around the world on that same day. You can choose from 3 charities (UNHCR, Livestrong, or WWF) for the proceeds of the registration and any other donations you would like to make will go to. The race packet that I picked up included an awesome red Nike dry fit shirt commemorating the run with the names of all the cities participating on the back. They also include a chip to tie to your shoe to get performance feedback on your time, distance, pace and calories burned.

Carlos Tevez also had some business to attend to at NikeTown yesterday; however I’m certain he will not be running the Human Race this year. Maybe the £35 million dollar man ($66,515,360) was trying on some new trainers? Maybe he was working on his Guy Ritchie directed Nike Take It film. Or maybe he was doing some work on a new Nike Joga Bonito video? Who knows what this Argentinian phenom had up his sleeve. All I know is that I made an exceptional choice picking him for my English Premier Fantasy Football team. 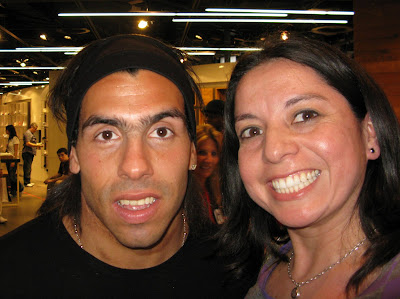 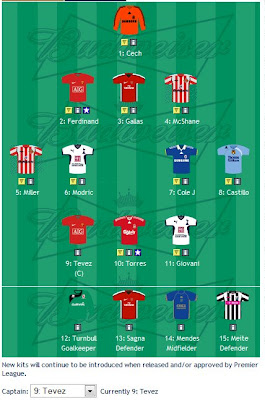 need to start hangin out with you .....omg you meet to many famous people.... FYI for the record if you meeet Christina Ricci tell BOO wants to get with her ....Lorie knows she is on my list....